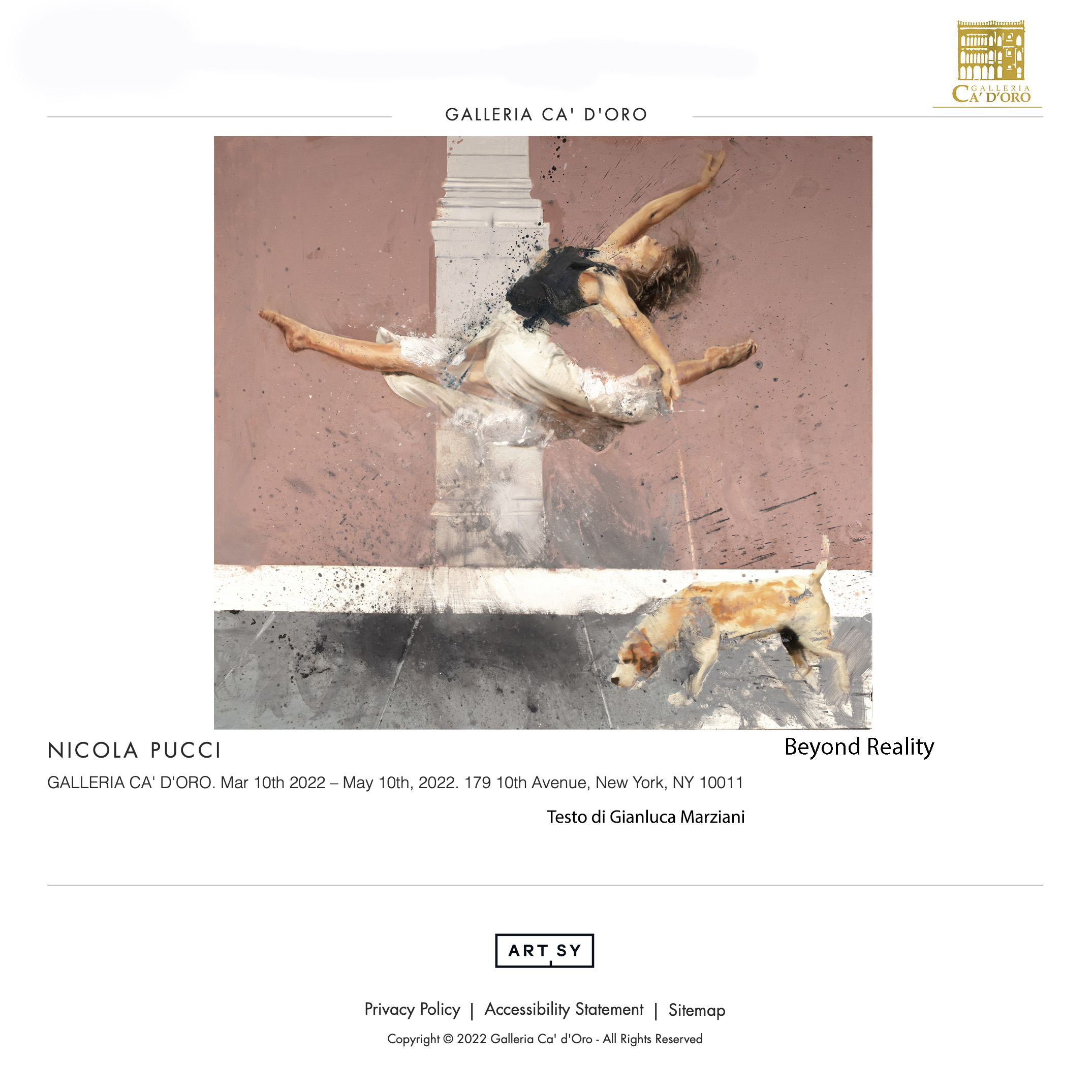 What happens in the locations of Nicola Pucci is something unusual. The invisible, cathartic energy that crosses its teathral rooms it is clearly perceivable by our senses. Our eyelook crosses the doors of the possible so to dwell locations in where something has changed the relational connections.

It looks that settings and inhabitants are in a perfect symbiosis. You may look, feel, but not being able to full realize the deep rules of that situation. Even if you never reason out the line of the extraordinarity, you give a chance to the event ad make it possible. A snapshot from a fixed posture with a mysterious narration of an inner objective.

The path of his words starts from the eyelook and crosses the customary experience, a kind of perpetual motion that encloses the pictorial approach with its multiple meanings.

The images of reference are Nicola Pucci’s drawings or pictures, that he shot himself or coming across them on internet. The drawing allow an immediate approach through the jotting down, while the photos bring his work to a slower and more rational action plan. As if the painter invented an own Zeiss lens, an atmosphere that combines the pictoric bodies, their sculptoral contorsions and windy twitches, the unexpected postures. The remarkable technique of Nicola Pucci supports this process in where realism as an invisible energy, brings drama into its scenarios and upgrades the customary experience, following touches of dreamlike that are never just made out of pure dream, neither a complete adherence to the real. A swinging path in between reality and mental, between weirdness and credibly.

In these rooms grows a strange strenght: an energetical stream that alters the reality without downplaying it. The final effect has it own dreamlike quality, but it is not surreal as an illusion. Quite impossile not to recognize in him a mediator in alchemy that deals with the normality of the present days. His, are cubic worlds sense-bordered and inhabited by homogeneous groups who have chosen the silent dialogue, the anomaly narrative description, the postural understandig between routine and lunacy.