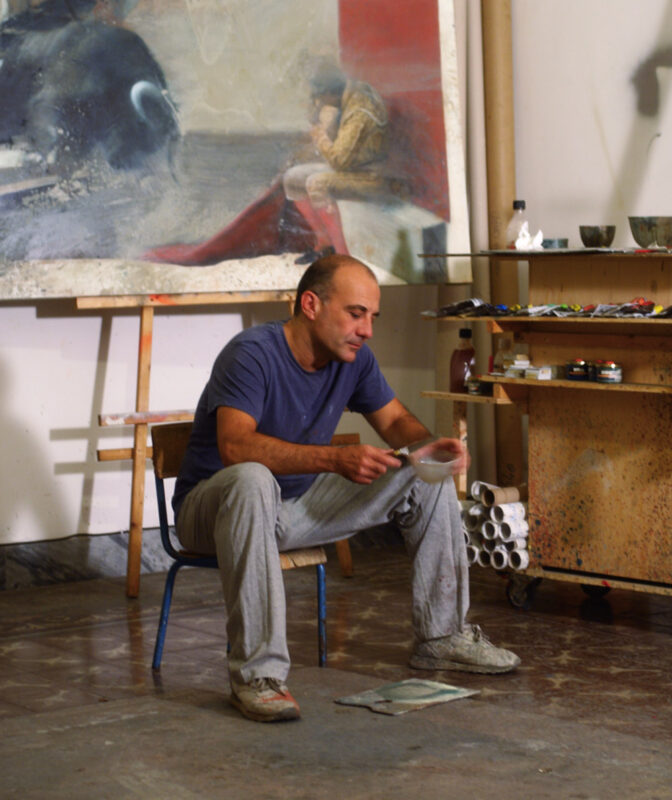 Born in Palermo in 1966, Nicola Pucci boasts a masterly technique which has won the attention of important figures in the art world including America’s Larry Gagosian and Carlo Bilotti, the late Florida-based international cosmetics buyer and art collector.

Pucci has exhibited in Italy, the USA, England and France and in 2008, he was invited to hold a solo exhibition at Rome’s Carlo Bilotti Museum, becoming the first living Italian artist to be given a one-man show at this prestigious venue. He has subsequently held high-profile solo exhibitions at Spoleto’s contemporary art museum Palazzo Collicola and the Palazzina Azzurra museum in San Benedetto del Tronto.

Pucci works largely from photographs, often combining elements from different sources within a single painting. While drawing upon various influences including Surrealism and the art of Francis Bacon, Pucci nonetheless stands apart from defined contemporary trends or movements.

His work is to be found in the permanent collection of the Carlo Bilotti Museum in Rome, the Sicily Museum of Contemporary Art (Museo MacS) in Catania and the Palazzina Azzurra in San Benedetto del Tronto; as well as the Fendi Collection, the Benetton Collection and the Gagosian collection.

Pucci is represented by Andipa Gallery in London, Kristin Gary Fine Art in New York and RvB Arts in Rome.

THE POWER OF DIVERSITY

IN THE MUSEUM AND COLLECTIONS